Jaipur’s stunning hilltop forts and royal palaces on its desert landscape form an exotic backdrop to Rajasthan’s romantic capital. Part of the golden Triangle along with Delhi and Agra, Jaipur is one of the most popular tourist destinations in India. Its founder, Maharaja Jai Singh II was a lover of mathematics and science, and designed the city on principles of Indian astrology and Hindu concept of the universe. Its old markets are famous for traditional crafts: hand-dyed and embroidered textiles, jewelry, precious stones and metals. Chaotic and congested at times, Jaipur can easily distract you with brilliant bazaars and some of the most colourfully dressed people on the planet.  However, it is the glimpses of its regal past that most people come for: 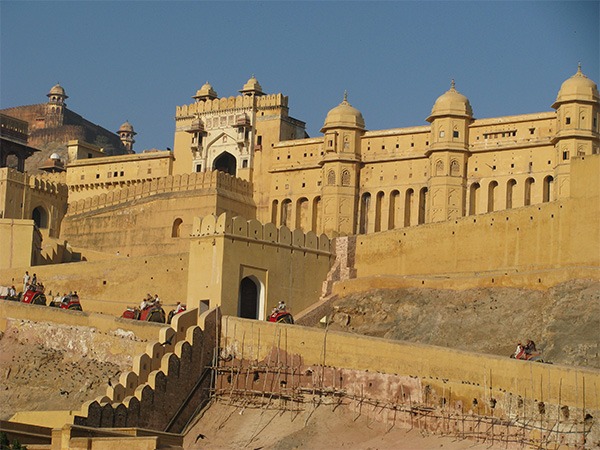 Situated in a strategic location a few kilometres from the town of Jaipur is the remarkable Amber Fort.  It was (and still is) an imposing and rugged defensive structure on the outside which was in stark contrast to its ornate and lavish interior as befitting the Maharaja’s and their families who lived there.  Amber’s gates are gigantic; designed to allow elephants to pass during stately ceremonies,  and once inside there are four main courtyards, each situated on a different level. The main areas to be visited are the Diwan-i-Aam, or “Hall of Public Audience”, the Diwan-i-Khas, or “Hall of Private Audience”, the Sheesh Mahal (mirror palace), or Jai Mandir, and the Sukh Niwas where a cool climate was artificially created by winds that blew over a water cascade within the palace. It is worth heading up to the Jaigarh Fort for the views that it offers over the valley and the fort below. 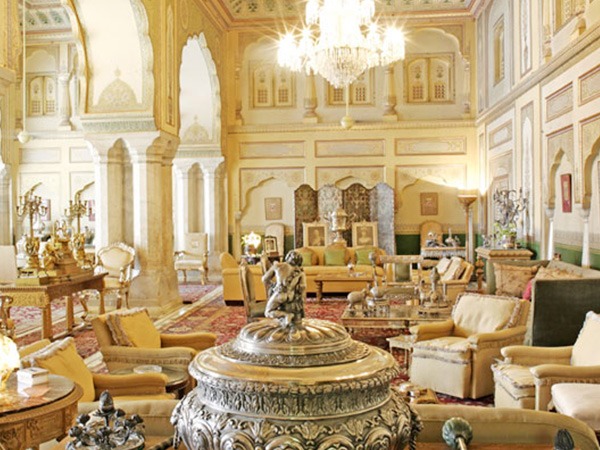 The city palace in Jaipur is a sprawling blend of Rajasthani and Mughal and even some aspects of European architecture, located in the centre of Jaipur.  The ruling family moved here from their previous home, The Amber Fort in 1727 and a portion of the palace is still home to the current royal family of Jaipur. However,  a large part of it has been converted into a wonderful museum – full of exquisite miniature paintings, royal manuscripts, Mughal carpets, musical instruments, royal costumes and weaponry. It also houses two giant silver vessels which have made it into the Guinness Book of Records as being the largest in the world. Half a day can easily be spent exploring this magnificent palace, its courtyards and audience halls.  In the evenings there is also a sound and light show and the relatively newly opened restaurant, The Baradari is a great place for dinner. 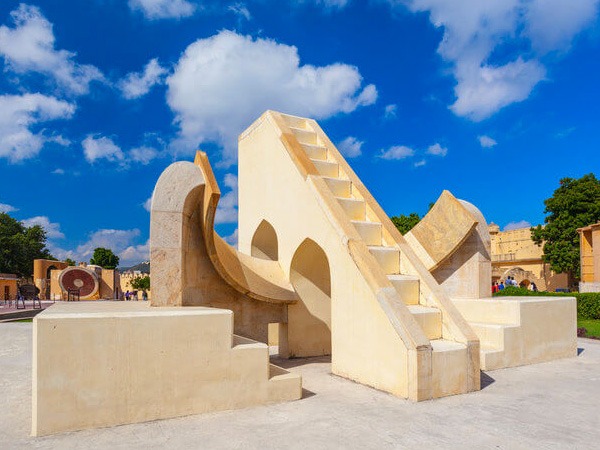 The observatory is the largest and the best-preserved among the five built in India by Maharaja Jai Singh II in the 18th century.  UNESCO’s World Heritage List describes it as “an expression of the astronomical skills and cosmological concepts of the court of a scholarly prince…” What is extraordinary about this observatory is that it still tells the time accurately to this day. As well as being a fascinating monument to visit, it is spectacular in its design and therefore allows plenty of scope for photographers, budding and professional alike.

Known as the ‘Palace of Winds’, the Hawa Mahal was designed in the form of the crown of Lord Krishna, the Hindu god. Its unique five-storey exterior resembles a honeycomb and it contains 953 small windows decorated with intricate lattice work as befitting the royal lady’s for whom it was constructed; the original intention of the lattice was to allow royal ladies to observe everyday life on the street below without being seen. It is only the façade that can be seen today but being unique, and a beautiful piece of architecture it has become an essential stop on a tour of Jaipur for that obligatory photo!