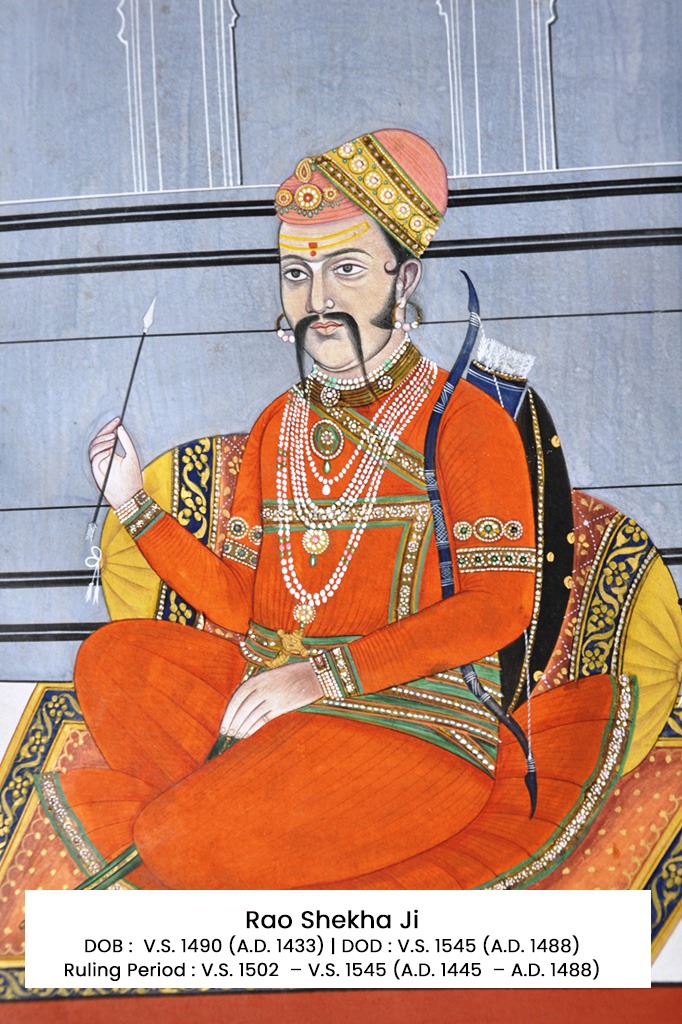 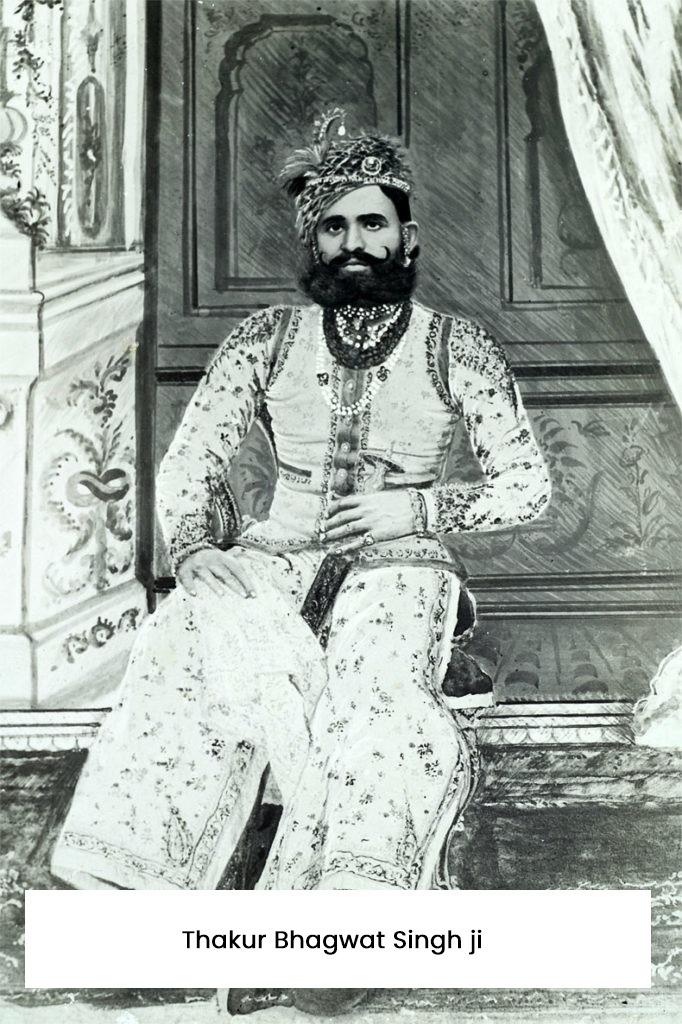 Rajasthan, Mandawa and Its Heritage – Our Story.

Shekhawati is not the name of a particular city or town. In fact, it is the name of an entire region in northern Rajasthan, which was once controlled by the (King) Rao Shekhaji. The region comprises of small towns and villages in the districts of Sikar and Jhunjhunu, with natural boundaries of the Aravalis to the east and desert sands in the west.

The story of the formation of Shekhawati and the rise of the Shekhawat has a legendary flavor. Starting from 1445, when Shekha came to the throne of Barwada, he was only twelve years old and ruled over twenty-four villages. Soon after his accession, Shekha befriended a group of Panni Pathans, who were passing through his lands and offered them a group of twelve villages to live in. This alliance proved to be very valuable, as the Pathans were responsible for his meteoric rise and victory over the Amber forces. Chandrasen, then the ruler of Amber, made two more attempts to defeat Shekha, but had to retreat both times. This resulted in a treaty with Shekha, which granted him independent rule over his territories, including those territories that he had captured in he campaigns against Amber.

As Shekha grew from strength to strength, ‘Rao’ an honorific prefix was added to his name. Rao Shekhaji died in 1488 at Ralawta of wounds inflicted while fighting the Gaurs. Eight generations after Rao Shekhaji, his descendant, Rao Shardul Singh (1681 – 1742) expanded his territories further so that ultimately the entire Jhunjhunu district came to be ruled by the Shekhawats. In 1742, Shardul Singh breathed his last at Parasrampura and as he had decreed, the territories he had ruled over were equally divided between his five surviving sons. This came to be known as the ‘paanch pana’ or five divisions.

This land was distributed in such a manner that it became mandatory for the brothers to come to the aid of each other in case of an external attack. Each important town or village was divided equally into five parts, and villages adjoining these towns were distributed so that if one son was given the southern part of a town, then the villages bordering it would be allocated to the second son. This worked perfectly as long as the five sons ruled in concord, and any threat to their rule was only of an external origin. Nawal Singh, the fourth son of Shardul Singh, was established his base 24 miles south of Jhunjhunu, which is now known as Nawalgarh. His younger two grandsons’, Padam Singh and Gyan Singh, from his first son Narsing Das, established their capital at Mandawa. Both were tazimi chieftains, (chieftains permitted to wear the ornamental anklet of honor) having received the tazim from the then ruler of Jaipur, Raja Jagat Singh.

About the origin of this town, there have been earlier references to mandu Jat as the founder of the Mandawa Village. He first established a dhani (hamlet) and dug a well here, which was completed in 1740 AD. Initially, his place was known as ‘Mandu ki Dhani’, ‘Mandu ka Bas’ or ‘Manduwas’ which changed to ‘Manduwa’, ‘Mandawa’ and finally ‘Mandawa’.

Mandawa initially was a trading out spot for the ancient caravan routes that stopped here from China and the Middle East. Thakur Nawal Singh, the Rajput ruler of Nawalgarh and Mandawa, built a fort in 1755 to protect this outspot and keep a check on the marauding bandits that once roamed freely in the region.

The township that grew around the fort soon attracted a large community of traders, who settled here. In the 18th century, prosperous merchant families whose trade activities in the region generated substantial wealth built lavish, palatial mansions (Havelis) as a display of their success. Today, it is these ancient and lavishly constructed Havelis and courtyards that attract visitors and tourist from across the globe. The walls and facades of these Havelis are decorated with a colorful depiction of the region’s folktales, culture, history and social & religious themes. At times, the frescos also find a clear-cut western (European) influence.

Thakur Devi Singhji Mandawa, MLA first legislative assembly of Rajasthan & MP Rajya Sabha & his wife Sajjan Kunwar one of the first ladies in Rajasthan to begin a design & printing unit were the people instrumental in welcoming the first guests to the Castle in 1978. It was an elite group of people being taken around Rajasthan By Dominique Lapierre which was then quite uncharted territory.

Today we have at the helm of the Company Thakur Kesri Singh a former banker , Thakur Randhir Vikram Singh an art graduate from MSU Baroda & Thakur Pradumn Singh all alumni of the illustrious Mayo College. Ajmer